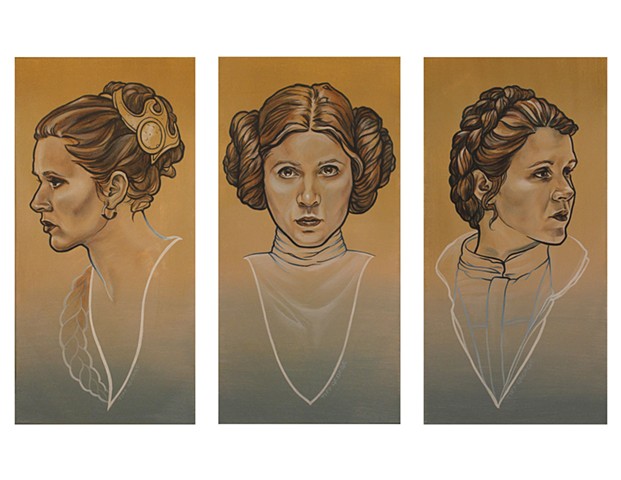 Shadow of a Princess

This project began as a reworking of 3 simple tattoo designs I created in 2014. Upon completion of the first painting; Resilience, I learned of Carrie Fisher's passing. At that point it became even more important to me that these images capture her in a strong, and somber tone. Not as a memorial or display of sadness, but as a way of honoring the strength and honesty that she displayed both as a character and as a human being.